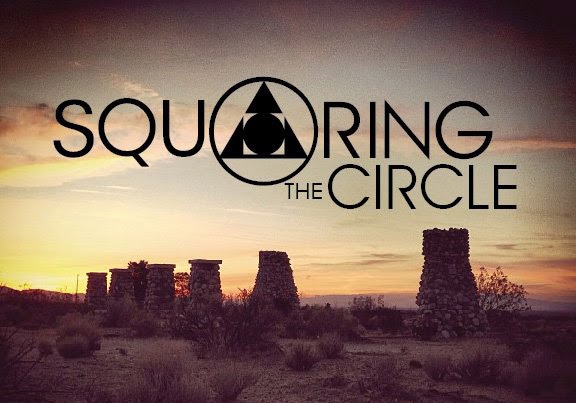 30 ARTISTS, A ONE-DAY EVENT AT THE
SITE OF THE FORMER LLANO DEL RIO COLONY
IN HONOR OF ITS CENTENNIAL.

Craftswoman House and Hinterculture present Squaring the Circle: Llano del Rio Centennial an interdisciplinary arts event on Saturday, May 3rd, 2014 from 1 pm to 6pm with site specific installations and performances on view to mark the 100th anniversary of the founding of the Llano del Rio Cooperative Colony, a utopian socialist community established in 1914 by Job Harriman in Southern California’s Antelope Valley. The event participants who reflect diversity in their work as historians, visual artists, filmmakers, writers, choreographers, dancers, musicians, activists, and transdisciplinary practitioners responding to questions that Llano inspires. How does site-specific place, and the historical archive relate to artists and their contemporary expression? How has the categorization of Feminism, Socialism, Utopia and Collaboration shaped artists' practices? Can we square the circle and propose evolution into an alternative future?

Squaring the Circle begins at 1pm and will run through 6pm, with performances planned throughout the day. Visitors will be able to navigate the space viewing and interacting with performances and installations, learning about the history of the colony, and experiencing the surrounding terrain.

Preview pieces of Judy Branfman’s The Land of Orange Groves and Jails, documenting her reluctant great-aunt Yetta’s tale of 1920s Los Angeles’ free speech and labor battles - and providing a backdrop to the political sphere and tensions of the early 1900s. Visitors can contribute to this documentary film-in-progress on May 3rd, by responding to the prompt: “Have you ever stood up for something you believe in?

“Has your town ever done anything for you?” Jessica Cowley and Lyra Kilston will install signage that commemorates Llano del Rio and its place as a historical landmark, connecting the political and economic concerns of Llano’s residents to our present day.


Paul Greenstein & Dydia DeLyser engage the history of the colony through the integration of installation art, historical exhibit and documentary photography in a period-appropriate interpretative tent.

Inspired by Dolores Hayden’s essay Two Utopian Feminists and their Campaigns for Kitchenless Houses, Rachel Finkelstein will perform the drudgery of domestic labor and ask us to consider, “why are women still doing the dishes?”


To explore the fate of the energy exerted in following one’s vision, Kate Hoffman will create every rejected project proposal she has submitted since moving to LA five years ago within a constructed space that mimics Alice Constance Austin's planned layout for Llano.


Open a drawer from the cab in net space in this experimental sound and video performance that bridges time and space to another dimension with the layered sights and sounds of Jennifer from JC Penney featuring Moxy Fofo.

Elizabeth Leister will present a performance through looping motions that repeat without progress. Her Sisyphus-like act suggests the failure of the Llano project and more generally the absurdity of life.

Minna Philips will install a project that allows for individual experience within a communal space, through the creation of "windows" that will assist in fragmenting the landscape to resist wholeness.


Linda Ravenswood will engage the audience to become a chain of solidarity through presence and vocalization, as she undertakes the overwhelming task of digging a hole with kitchen implements such as spoons and ladles.

Michelle Rozic’s cyanotypes of litter and ocean flora printed on fabric and wrapped around rocks will create a mirage in the existing washes of the site, highlighting the scarcity of water in Southern California alongside the water issues which displaced the colonists to New Llano Louisiana in 1918.

Dear Comrade, Mady Schutzman’s experimental essay film documents the story of Llano del Rio, as told through archival footage, surreal re-enactments, interviews with ex-colonists, local residents and historians, and the meanderings of a silent nomad through the ruins of the Llano colony in the Mojave Desert.

Inspired by the remote, desert landscape surrounding Llano del Rio and the historical significance of open land as a place for experimental societies to flourish, Semi-Tropic Spiritualist will create an outpost in unoccupied territory. The installation will feature ritual objects, including orientation and divination tools, as well as the introduction of the Semi-Tropic Spiritualist Tract.

SuarezDanceTheatre premieres Mother.Work a performance where the idealism and realities of the Llano colony becomes the lens to examine economics of 21st century motherhood and family life where boldness, sparseness, shedding, rejecting, entanglements, failure and freedom congregate in the wind of the sparse landscape and its decayed ransacked stone buildings.

Link to an expedition map here.

Thank you to the shareholders that make Squaring the Circle possible!

Newer Post Older Post Home
Subscribe to: Post Comments (Atom)
Craftswoman House is dedicated to fostering a dialogue on feminist issues through projects and exhibitions. CWH is inspired by collective projects such as Womanhouse, and pays homage to the rich legacy of feminist art in Southern California.
Find us on facebook